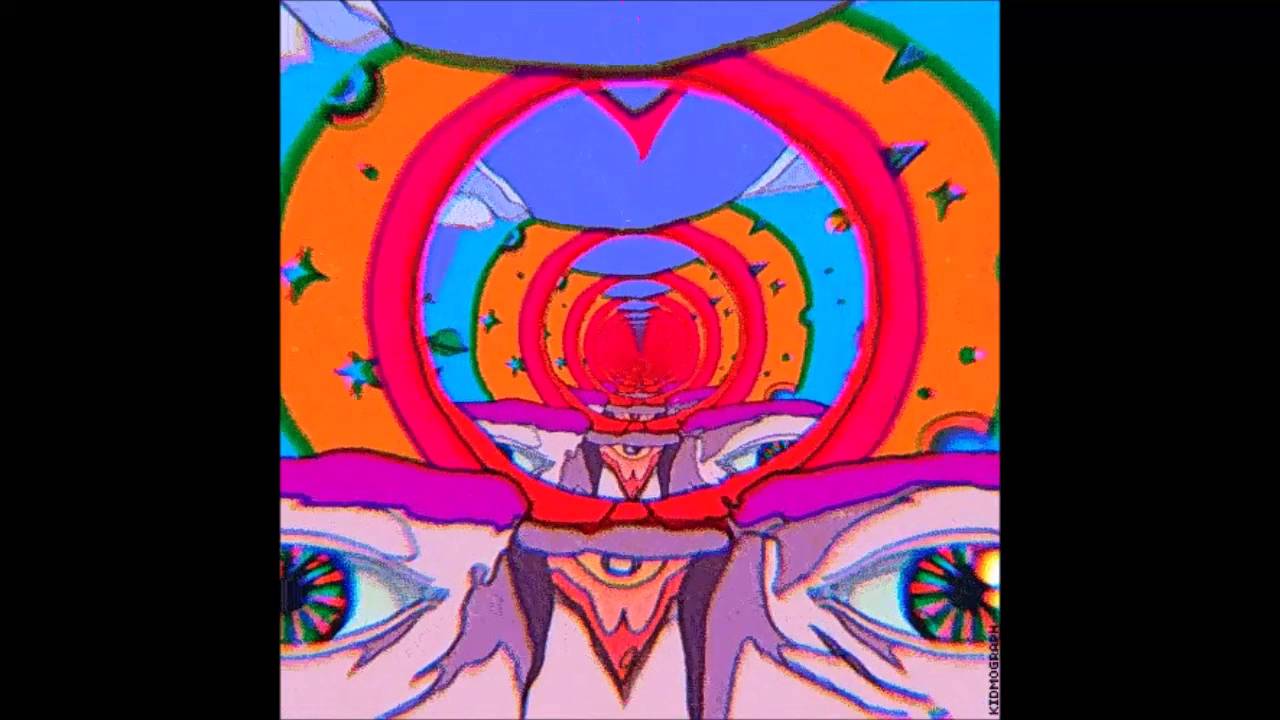 I decided to try out a mix of two psilocin analogs: 4-AcO-DMT and 4-HO-MiPT.  I believed that Miprocin’s odd come-up and mental feeling and Psilacetin’s spiritual wholeness would complement each other nicely.  I have completed 4-AcO-DMT probably about 7 days, and 4-HO-MiPT approximately 4 occasions.  I weighed about 6mg of all 4-AcO-DMT, and 6mg of 4-ho-MiPT, then combined them at exactly the exact same capsule.  The capsule weighed out to be approximately 12mg, so I figured I didn’t lose any or much in the procedure.I was attempting to trip for a few weeks, and my boyfriend (D) who I’m always with wasn’t so sure himself.

I felt that I had to go with my own agenda this time and just trip .  Writing about this scenario is important for this excursion report because it influenced the way my trip unfolded.  I felt bad about my choice of tripping without him, but I guess a part of why I did this was associated with my need to understand that I could create my own choices in relation to our relationship.  I could tell that he was angry about my conclusion too, because roughly 10-15 minutes later I dropped he said some hurtful things to me.  I began to get really worried thinking that perhaps I would end up having a’guilt trip’ and the experience would leave me feeling dreadful.  I had had a’guilt trip’ several months earlier on mushrooms, stressing him, and that I do not want to experience that kind of distress again or make him feel bad, either.I ran upstairs thinking that perhaps I would not have the ability to handle being around him, but as I sat on the bed and began to feel the first signs of my regular consciousness drifting in and out, I began feeling bad about my behavior believing I need to make an effort and solve things with him as soon as I could.

So I went downstairs and started speaking to him.  He looked a bit more calm by today, and I sat alongside him as he had been on the computer.  I recall discovering the ads onto the computer display, and their ridiculousness made me crack up laughing, but all the same they made me feel sorry for humanity. The sound of this song made me feel very nostalgic and kind of sad.  Feelings of contempt and uncomfortableness crept over me, since I tend to sense get those feelings of D past.  Those feelings, but were immediately overtaken by despair for D and how he had to experience those items.  He had been put to his life and did not decide to experience those things, I told myself.  I was grateful when we chose to go outside and D packed a bowl. This made me feel that I was already submerged, but I did not feel like really swimming.   It had been about an hour since dropping now, and that I had been feeling that the 4-HO-MiPT for a short time.

Now I was starting to feel the 4-AcO-DMT also, or so my mind told me at least, and the feeling of consciousness really *did* feel different than either 4-HO-MiPT or 4-AcO-DMT independently.  This presence was inquisitive and prying, but somehow still had feelings of calmness washing over me.  The body feeling of the excursion continued to be particularly notable throughout; I could feel myself flowing and flowing constantly, yet it was very comfortable and sometimes ecstatic.  I went on to smoke some marijuana that D had packed into a bong.  After smoking that bowl, I felt that the intensity of my excursion increase significantly.We went inside and D left the room.  I sat against a comfy leather seat (on the ground against the seat, not on the actual seat ) and

I noticed voices begin to chant a few words… I caught the words’midst’ and’turning’.  The voices all sounded a bit like mine and the same, however overlapping in certain times and not having any set pattern.  The voices changed into stating’In the midst of turning, turningturning…’… I slid to this noise, this feeling, this seat.  My body was still feeling quite liquid; flowing.  When D turned on the tv, I became unnerved and went to put on the ground.  I phoned him to come around to me, and when he finally did and I said to him’Sorry if I’m a boring tripper,’ as I was essentially laying on his cellar floor unable to bring myself to get up.  I felt like I was being submerged underwater the majority of the time, but at times I’d find myself with a clear head, only to be pushed back underwater moments later.  This trip was much like LSD in this way; it came in waves.  D and I spoke about our relationship, his problems and mine, our perspectives on suicide and on how we felt about each other.  I could not stop crying because I occasionally get really emotional about issues such as these while tripping.  There were a couple of matters that I refused to talk about at the point because I knew they’d make me unbearably sad.   We stopped talking so much and I drifted into a psychedelic kingdom that I haven’t been as deep into since my very first 4-AcO-DMT trip. 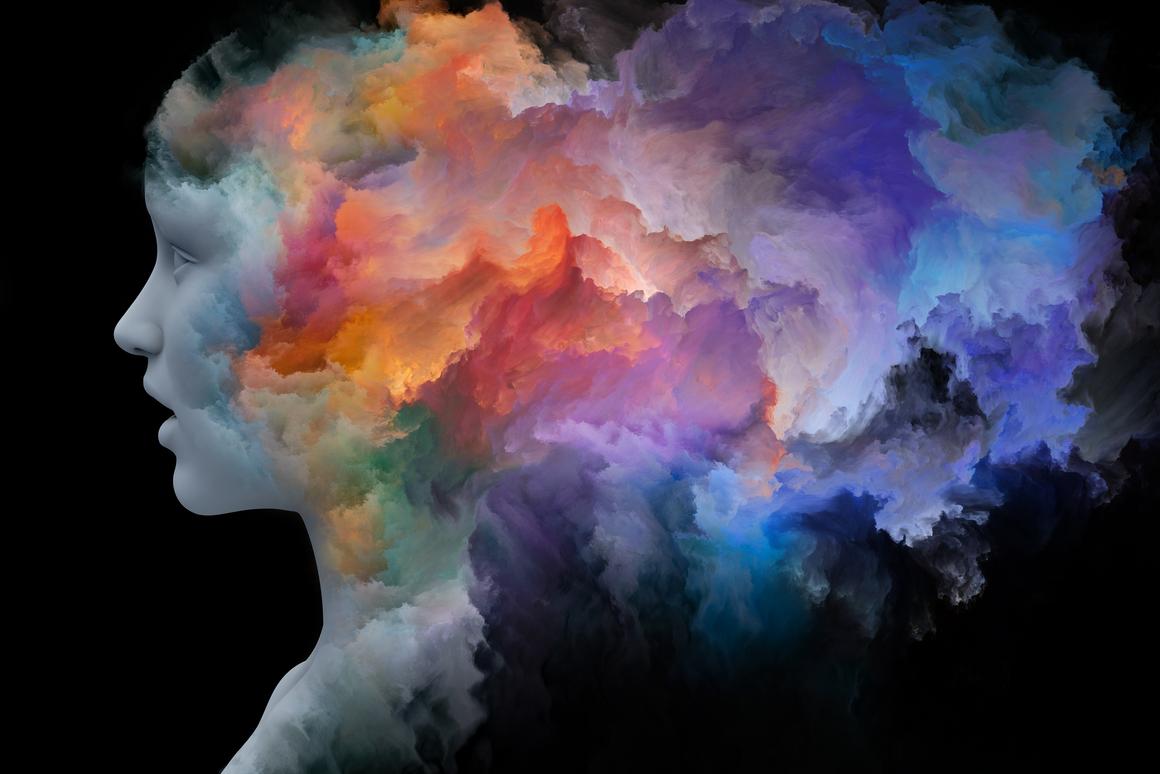 I believed that I’d been attracted into or squeezed into (not visually; only the feeling itself) some type of area that felt cosmic and out there yet so familiar.  I love that feeling… I recall feeling a strange sensation that I had split into many different spiritual peaces and was being’passed around’ the room.  Shards of different ideas and memories moved through my own consciousness.  One thing I remember was a closed-eye visual that looked like an old film, in which there was a woman or girl throwing photographs into the air.   These wandering thoughts got a bit overwhelming occasionally, especially since I seen some of my main fears (example: concentration camps) but I was happily able to let go.  I understand that as I split the image/concept in the feelings which surrounded it.  They, and then their visual representations, changing and changing, drifted off to this tranquil, distant realm that I was really SO thankful for.  D ended up leaving at some point, and that I felt faulty and jarred as he left.  I believed that I could barely get up; my body felt so odd and like it wasn’t my own in any way.  Every small movement I made appeared to cause ripples through my entire body, which was intriguing but I preferred to simply lay and move around on the floor.  At one stage when D was bothering me, I’d experience visuals that matched exactly the ways in which I touched me.  They reminded me of audio visualizers or something, and they gave me other strange sensations that I can’t really describe.  I guess the only word for it could be synaesthesia.  After I did walkI felt as though I was drifting through the room.  I couldn’t actually feel/differentiate involving the details of the smaller parts of my body functioning together to make me walk.  This comes in the notion that I’m really always on autopilot.When it had been a couple of hours later I had dropped, I began to feel a little more clearheaded and began feeling a little bit hyper, but D’s hyperness’overwrote’ mine.

I believed he was acting a bit odd, perhaps because he was still feeling bad that I had tripped without him.  I wrote down a random stream of consciousness ideas I’d been having:’Let us lead a false life on _______ Drive,Feeding the manufacturers of the universal evaluation.So why not invent a few evaluations of our own?I’m sure the results will impress’and’The butterfly in my mouth is simply for show, flapping forth thought’ <–that I have no idea.I smoked another bowl out of the bong and then took my iPod into the other room to listen to music as D wasn’t being very talkative now.  I set on a Prometheus track, The Logic of the Polyphonic.  The distorted voice at the beginning of the song seemed more disturbing and intriguing than normal, and that I discovered so many new sounds that I had never noticed before, sometimes sounds that seemed like they had been created only to’fuck with you’.  I experienced these synaesthesia with this song, but the general mood to it was just plain… cliche.  That’s the only thing I could even use to explain it: cliche.After some time, I could not take this anymore, I was experiencing sci-fi visuals at this point that looked like they were outside of a child’s movie, however maybe a bit more disturbing.  I felt like the music was impeding upon my trip now, believe it or not.  I tried listening to different tune and it sounded just bothersome to me, therefore I decided to turn off all of the music and listen to the sounds of this house creaking, the air conditioner turning off and on, cars speeding by and other unidentifiable noises in the space.

This was a lot more interesting than listening to music; the sounds I was hearing today were already creating a type of symphony and it had so many diverse facets of emotion!  Also, at some point during that time I felt the presence about me of some type of irregular female.  She appeared to have a sexual presence, and that I thought about my own sexuality (I normally don’t see myself just as much sexual being).  Around this time I felt this encompassing and sweet feeling.  I thought about nothing other than how wonderful this feeling was…As I started to come down more (about 4-5 hours after falling ), I started speaking to D more and understood that everything was fine between us.  I really felt quite physically uncomfortable though after a certain stage, compared to this’melting in my environment’ comfy feeling I had been experiencing.  I couldn’t prevent clenching my jaw and my entire body felt quite tense.  I took a Clonazolam to relieve myself of this feeling and got to sleep.  As I drifted to bed, there were a couple times where I had odd sensations and became disoriented, so I’d put my head up and look round the room.  It was odd; the room looked a whole lot different and I had been seeing more real’visual distortions’ than I’d throughout the bulk of the trip.  But perhaps that’s because I had difficulty keeping my eyes open throughout the duration of the excursion as I’d felt dreamy. Based on the experiences I have had in the past with both of those tryptamines, I feel that if I had taken 12mg of either material alone, the trip would not have been as extreme or fulfilling.

I believe that the 4-HO-MiPT created for the psychological’intensity’ and the deepness of the excursion was possibly attributed from the 4-AcO-DMT.  It’s interesting to ponder and that I will never know, but I certainly liked this mixture and I would recommend it.  I had a wholesome trip in pretty much every way, and I have never undergone synaesthesia quite like this before.Following the trip, I found myself thinking a lot about peoples’ differences in perception, social experiments and ways to simply be odd to other people for fun (not at anyone’s expense, of course).